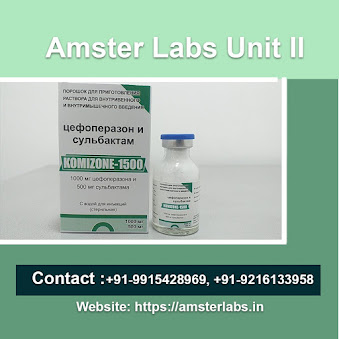 World Health Organization (WHO) has marked April 7 as #Worldhealthday as first health assembly was c o nducted on this day. The aim to celebrate the day is to create awareness regarding the health issue and making earth a better place for all. This year WHO marked #Buildingafairerhealthierworld as #ThemeWorldhealthday2021.The pandemic had made all of us release that how important our health care is. Quality health care services is important for promoting and maintaining health, preventing, and managing disease, reducing unnecessary disability and premature death, and achieving health equity for all. During the Covid 19 the world has experienced large inequality in the health care. The in the past decade western world experienced a rapid growth leaving others behind. The pandemic has pushed more people into poverty and food insecurity, and amplified gender, social and health inequities. This year WHO has called everyone to join hands against inequality in the health care. So that everyo
Post a Comment
Read more

March 30, 2021
@Amsterlabs   National Doctor’s day is celebrated to honor the contribution of doctors in the society.   The medical treatment during a global pandemic has demanded coordination at the highest level, and doctors are central to this endeavor. As the nation is celebrating Doctors’ Day, we @Amsterlabs encourage you to join hands in hands in the honor of their devotion and dedication towards the nation. During the pandemic they are the front line worries and even sacrifices their life and loved once to serve the nation. Our local doctors and many others in the broader medical world have been involved in the expertise, treatment, healing, and development of COVID 19 Pandemic to diagnose, treatment against this highly infectious disease. During this they have lost their lives and at many places they were not treated well but they were still briar feet to service the nation. This courage of there is highly apricated which nation can never retinoate. Doctors as the front-line worrier, the na
Post a Comment
Read more 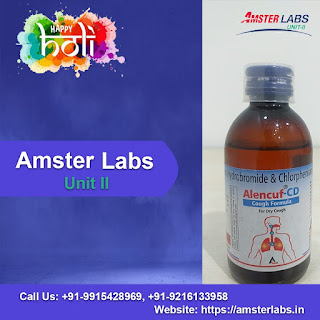 Holi is the festival of colours and joy and is celebrated to welcome the spring season. The festival is full of life, enjoy the festival with full enthusiasm. @Amsterlabs family wishes you a happy Holi. Stay safe and stay healthy as the global COVID-19 pandemic is still peaking around many countries. Holi wishes from leading #3rdPartyManufacturingPharmaceuticalsinIndia. Northern India supplies medicine to almost every part of the continent. Its nation provides the pharmaceutical hubs here. Third Party Pharmaceutical Manufacturer in India helps the host company in expanding the business without investing a high amount in it. Despite of this the industry faces few challenges while manufacturing such as: 1. Availability of the raw material: During the Covid period the sector has faced huge challenge for the availability of the raw material. 2. Skilled labour: As the from the manufacturing of medicine to its dispatch need skilled labour but the industry faces huge difficulty in finding so
Post a Comment
Read more

March 12, 2021
In the current sicario, every person wants to be perfect in all terms. When it comes to health, we s p end a huge amount of money to be in perfect shape. Being the leader, @Amsterlabs is not in the business of making money, our prime motto is to serve the nation with quality medicine. We are highly motivated by #Fatherofthenaition #MahatamaGandhi. On this date 91 years before on this day he started #DandiMarch to break the Salt law set by the British Government. The movement is also known as #Satyagraha, #SaltSatyagraha, and the #DandiSatyagraha. On this eve #Primeminister #NarendraModi flagged #DandiMarch which will start from Ahmedabad and end at Dandi in Navsari district on April 6, 2021.The march will cover 386 km in 25 days. On March 12, 1930 under the flagship of #Gandhi ji group of 80 people break the salt law which says Indians are not supposed to make the salt. There was monopoly of British Government on production of salt. As Gandhi ji was non-violent priest, this movement wa
Post a Comment
Read more

Tribute to Udupi Ramchandra Rao on his birth anniversary

March 10, 2021
Today is the birth anniversary of one of the great scientists of #India #UdupiRamchandraRao. He was an Indian Space Scientist and the first #Indian to be inducted at Satellite Hall Frame and International Astronautics Federation. His work majorly includes cosmic ray, solar wind and its effect on geomagnetism using Mariner 2 observations, Pioneer, and Explorer spacecraft. #UdupiRamchandraRao was born on March 10, 1932. He was awarded Bhushan in 1976, and Padma Vibhushan in 2017. He started his career as a faculty member at #MIT and the University of Texas. In the year 1966, he shifted to India where he started working with #VikramSarabhai as a space scientist. He was also the chairman of ISRO. Hard work is the key to success, desires cannot fulfil once’s dream. With this great saying @AmsterLabs pay tribute to one of the great scientist of #India #UdupiRamchandraRao on his birth anniversary. His hard work has made the #Nation shine on the many #Internatonal platforms. He was an Indian
Post a Comment
Read more

March 06, 2021
Women represent 48.04% of the #India’s population. Women has always played a vital role in shaping society. During the #Covid era, we have seen her in various ways helping the nation in the front line. To recognize this effort of women #UnitedNation has #themed #InternationalWomenDay2021 as “ Women in leadership: Achieving an equal future in a COVID-19 world ”. Even with such a good ration the women are always has played a supportive role. It is almost important to change the mindset of the society. According to the Women and Child Development Ministry, women health has always been an issue of concern and always been neglected. The Government of India has launched various schemes to uplift women. Furthermore, several studies have found that health care providers treat women differently than they do men. Women are negatively affected by the geographic bias within the implementation of the current healthcare system in India. Amster Labs is one of the largest Third Party Pharmaceutical
Post a Comment
Read more

Who we are: @Amster labs

March 05, 2021
@Amster is dedicated to serve in the nation, especially as #injectablemanufacturer . We are Leading #InjectableThirdPartyManufacturerinBaddiHimachal . We provide #ThirdPartyInjectionManufacturinginIndia. We have wide range of Tablets, capsules, syrups, ointments, injections third-party Manufacturing PAN India. #AmsterLabs offer Third Party Injection Manufacturers in Baddi Himachal. We are third-party pharma Manufacturer of Eye Drop in India. Amster Group of Company is ISO-GMP 9001:2015, GLP Cerfied & WHO Compliance Company with two units. Estd. in 2015 Amster Lab Unit-2 has emerged as one of the largest focused manufacturers in India and is engaged in contract manufacturing for all Pharma products. @Amster is leading #InjectablemanufacturerBaddiHimachal . We provide WHO approved products to our valuable customers. Contract Us for quality products. Looking for leading #InjectionManufacturerinIndia . #AmsterLabs a leading #InjectableThirdPartyManufacturerinIndia with WHO complia
Post a Comment
Read more
More posts